The Dark Art of a Bright Torch

After some complaints that some people cheat by using a better/bigger/brighter light. I decided to throw up a piece on how to compete better at NightO.
Bigger isn't always better!
A complete guide to what torch to use to win* in the Night 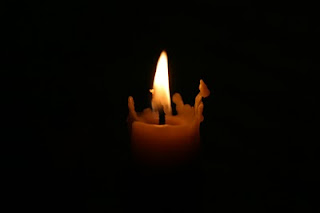 * use of a light does not guarantee victory
Posted by Colm O'Cnoic at 11:18 PM No comments:

Last Saturday was the first of the Dublin by Night races. The race was held on Howth Head organised by Fingal. CNOC had 5 runners out and about. Ruairi Short had a commanding victory winning by over 2mins from Nick Barrable who was over from the UK. In the family battle, Ruth took 20mins out of Don and Brian took in a tour of Howth Village while ex pro Eddie went hunting for controls in brambles with the aid of a candle.
The bigger the light the better!

The second race of the what goes bump in the night takes place in Phoenix Park on the 14th of January.

If you think Howth is challenging at night, take a look at OK Linné's first winter training session.
10 mile LineO!

The blog hasn't been updated since Jukola. This was mostly due to CNOC going to the far reaches of Europe and the World in search of World Championship glory, as well as getting distracted by hard winter training.

To try sum it up in a few lines.

WOC Team went to France. It was technical as can be seen below!
Ruairi (28th LongQ), Seamus (25th SprintQ), Niamh (27th MiddleQ, 19th SprintQ, 24th Relay) all ran but we didn't have the success of Norway.

WOC Tour. A selection of juniors travelling to sample the tricky french terrain.

Since the end of the summer, CNOC have being running in all the usual events.
Fingal Scatter Series, Local races and Leinster Leagues.

The Lenister League wrapped up last week at the final CNOC event that was held in Stradbally. (Waiting for a report).

The over all league can be found here http://orienteering.ie/results/leagues/show_table.php?league=Leinster+Autumn+Series&date_from=09%2F11&date_to=12%2F11&best_of=3

CNOC only had 3 runners running the required 3 races to score in a League.
They were:
Brown
Seamus O'Boyle 3rd
Ruairi Short 4th

The following day, Seamus redeemed himself by getting back first of the three Irish relay teams.
Deirdre (as well as Niamh Corrbett) deserve special mention for stepping up an age class and running well in what were very long Long Distance races.

In the JHI, CNOC had 3 runners.
Caoimhe O'Boyle finished an awesome 2nd in W14 (9sec off winning!) followed closely by Siobhan Delaney in 6th. Deirdre Ryan finished 14th in W18.

In the VHI (no jokes please), Ruth Lynam was our only runner. She finished 3rd in W55 (and was also the only person to run at all three Home Internationals!... again)


Next up on the Irish Calender are the NightO races. CNOC are organising the final one on the Curragh on the 11th of February. Before that, we have a local event in Donadea on the 22nd of January.
CNOC's 3rd event of the Spring is on the 1st of April, the weekend before the JK in Scotland!
Be on the wait for the emails in search of help.


If you find any interesting orienteering info or anything of interest, send them this way and I'll up load them to the blog.

Time to get the ball rolling again!
Posted by Colm O'Cnoic at 1:23 PM No comments: